Reminder of 2018 assumptions and forecasts, unchanged since the publication of 2017 full year results

(1) Restatement linked to the norm IFRS 15. Please refer to note 2 below

Augustin de Romanet, Chairman and CEO of Aéroports de Paris SA - Groupe ADP, stated: "2018 first quarter revenue, including the full consolidation of TAV Airports, increased by 37.3%, to €965 million, driven by the international and European traffic dynamic, with a favourable impact on airport fees. Those will benefit from 1 April 2018 from the increase in tariffs by 2.125%. Retail activities growth keeps on being driven by the dynamism of bars and restaurants. Sales in airside shops per passenger is down, negatively impacted by strong Euro and important works in terminal 2E. Abroad, TAV Airports posted good results for 2018 first quarter with a strong growth in traffic.
Then, Groupe ADP, through its subsidiary ADP International, finalized a few days ago, the transaction for the ownership of 51% of the capital and the control of Airport International Group, concessionary of Queen Alia International Airport in Amman, Jordan. Regarding this 1st  quarter revenue, our forecasts are confirmed."
[1] This document is voluntarily made by Aéroports de Paris in compliance with the AMF recommendation (see AMF recommandation - Guide de l'information permanente et de la gestion de l'information privilégiée– DOC-2016-08). Unless otherwise stated, percentage are comparing 2018 first quarter data to 2017 comparable data.
[2] The norm IFRS 15 modifies the principles for revenue recognition (excluding lease contracts) and has, in particular, a repercussion on the methodology for accounting the revenue recognized using the percentage of completion method. Regarding 2017 first quarter revenue, the only significant impact for the group concerns ADP International for an amount of €4 million.
[3] Following the acquisition in July 2017 of a further 8.12%-stake the share capital of TAV Airports, bringing Groupe ADP's stake up to 46.12%. Please refer to press release published on 7 July 2017, available of www.groupeadp.fr.
[4] TAV Airports traffic is taken into account at 100% according to their financial communication. Taking into account traffic of airports whose management company has Groupe ADP as shareholder, Groupe ADP traffic totalled 61.9 million passengers over 2018 first quarter.
[5] Paris-Charles de Gaulle and Paris-Orly.
[6] On the period from 1 April 2018 to 31 March 2019, tariff increase stands at +2.125%.
[7] Estimation of sales of airside shops divided by the number of departing passengers.
[8] TAV Airports' EBITDA guidance, underlying Group's EBITDA guidance, is built on the following exchange rate assumption: 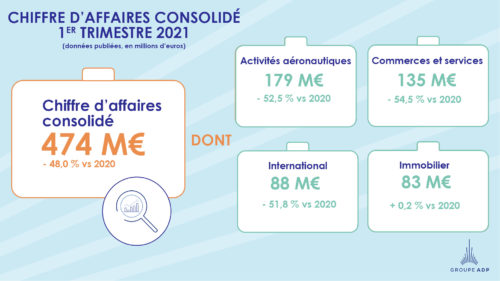 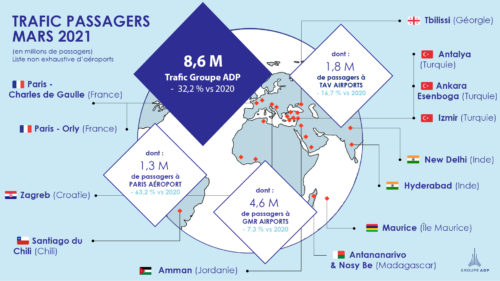 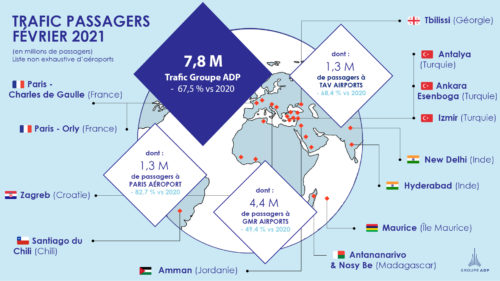 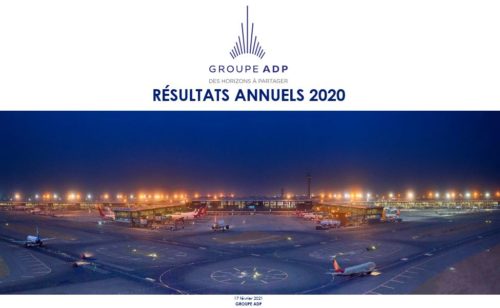