Ok, j'ai comprisOk
Augustin de Romanet, Chairman & Chief Executive Officer of Groupe ADP, has officially opened the new Environmental and Sustainable Development Resource Centre at Paris-Charles de Gaulle Airport. Located in the extended area of the company's head office, the Centre is dedicated to sharing information about the airport’s relations with local communities and residents, and the promotion of eco-friendly best practices.

“This Centre symbolises our proactive policy of protecting and promoting the environment and our desire to work together with local residents and elected officials to achieve our goals. Adjoining the Groupe ADP head office, this space illustrates the extent to which corporate social responsibility policy is integral to our strategy,” explains Augustin de Romanet. 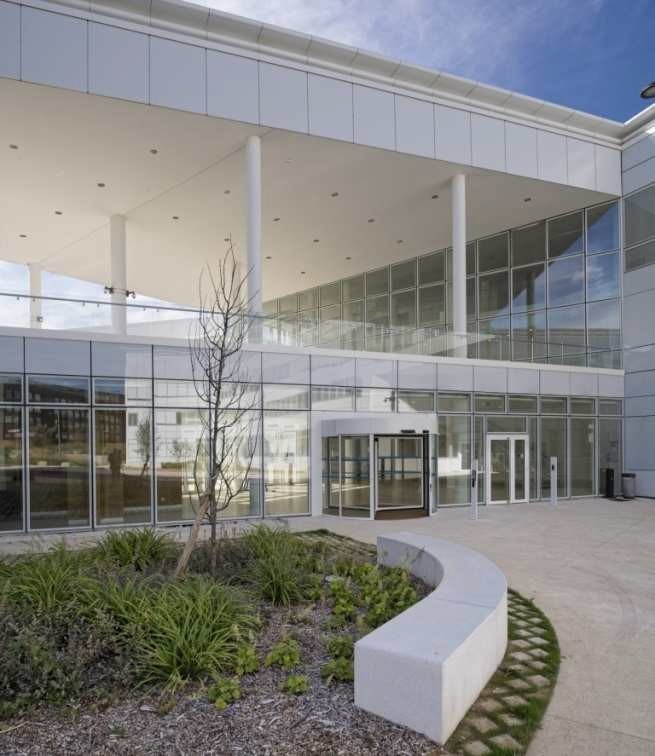 The 700 sq.m environmental resource centre was designed by a team of internal architects.
The centre includes reception area, an exhibition space with a large green wall, a 147-seater auditorium and a meeting room.
Some twenty screens provide visitors with information on the airport and its ongoing projects, on water management, air quality, biodiversity, sustainable construction, energy management, waste management and the carbon footprint of the airport, on building long-lasting relationships with local communities, the various jobs involved, the airport's economic attractiveness and its corporate social responsibility (CSR). A dedicated area also shows the history and development of the airport in pictures.
Furthermore, a screen equipped with the Vitrail system is at the disposal of visitors and allows them to follow
the flight paths of aircraft overhead. An air traffic controller from the French Civil Aviation Authority (DGAC) is on hand every Monday and Wednesday to talk visitors through what they see.
There has been an Environmental Resource Centre at the airport since 1995. Located in the cargo area, its importance was soon confirmed. For several years now, the Centre has welcomed approximately 15,000 visitors per year, through educational seminars on air transport-related topics, through forums and employment conferences, and through behind-the-scene guided tours of the airport. The Centre has also played host to numerous free large-scale public events throughout the year, such as European Heritage Days, exhibitions, creative workshops and conferences. This educational centre is managed by a staff of 12 people.

In order to continue to develop in synergy with its surrounding areas, Groupe ADP enforces the strictest standards and requirements.
Every two years, the Group’s non-financial performance is rated by the independent agency EthiFinance. The management of its environmental and social impact, its governance, and its relations with employees, clients and suppliers all contribute to its overall performance and reliability. The collective efforts of everyone involved in this initiative enabled the Group to  achieve “excellent” status in 2016, with a Group score of 82/100, a 4-point increase on 2014.
Furthermore, a benchmark study carried out in 2016 by Sustainalytics1 of the ten largest airports worldwide in terms of traffic, ranks Groupe ADP in first place. Today, Groupe ADP is striving to hold on to this title with regard to its Paris airports and to export its know-how through the international activity of its subsidiaries.
The Group is also listed on a dozen socially responsible indices including DJSI World and Europe. Our presence in that latter index has in fact just been renewed.