Augustin de Romanet, Chairman and CEO of Aéroports de Paris SA – Groupe ADP, stated:
"2017 was a year of transformation for Groupe ADP, in Paris as well as abroad.Traffic in Paris Aéroport reached 101.5 million passengers, crossing the symbolic threshold of 100 million passengers, driven by the growth in long haul traffic. In 2017, in Paris, occurred the materialisation of structuring projects for Groupe ADP's development with in particular the validation of major steps for CDG Express project and the signing of the agreement with FedEx. Besides, 2017 saw the rolling out of Groupe ADP's international strategy with the reinforcement in TAV Airports' capital leading to the full consolidation of TAV Airports in the group consolidated accounts for the 2nd half of 2017 and the signing of the agreement relative to the reinforcement of Groupe ADP's stake in Amman airport (Jordan), operation that will be completed very soon. These projects are opportunities for growth and value creation for the years to come.
In 2017, revenue increased by €670 million, to €3,617 million and EBITDA reached €1,567 million. Net result attributable to the Group is up by €136 million, at €571 million and allows to propose to the shareholder general meeting a dividend of €3.46 per share.
On the basis of a traffic growth assumption of between +2.5% and +3.5% for Paris Aéroport and of between +10% and +12% for TAV Airports in 2018, compared to 2017, growth in consolidated EBITDA5 is expected between +10% and +15%, excluding the effects of any change in scope that may occur in 2018. Excluding the full consolidation of TAV Airports, increase in Groupe ADP's EBITDA is expected between +2.5% and +3.5% in 2018. As a reminder, TAV Airports expects an increase of its EBITDA between 5% and 7% in 2018 compared to 2017.Groupe ADP will keep a payout of 60% of the net result attributable to the Group." 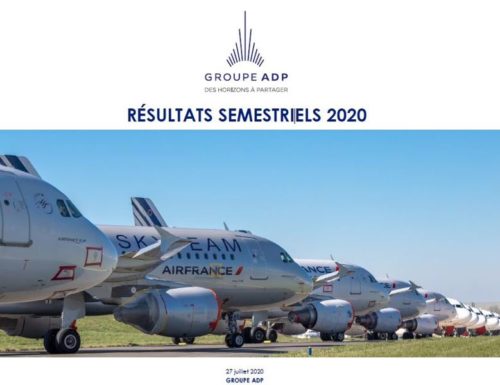 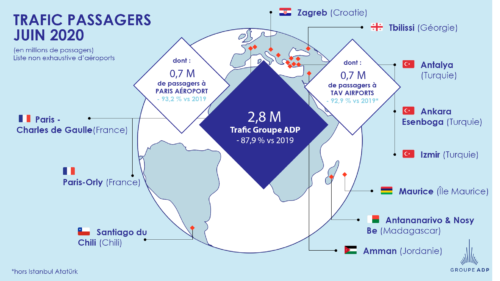 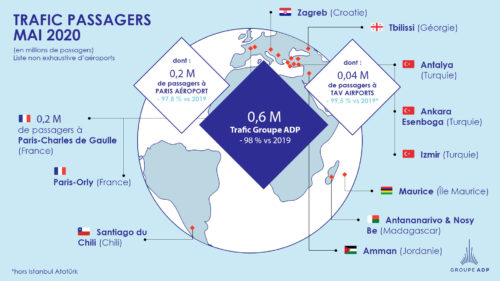