Ok, j'ai comprisOk
Groupe ADP as the project developer and investor, VINCI Immobilier as the developer-builder and the Meliá Hotels International group as operator have signed the final agreements to develop a 4-star Innside by Meliá hotel at Paris-Charles de Gaulle Airport. These agreements mark the culmination of a partnership that has resulted in the signing of a construction lease, a property development contract and a BEFA (a lease agreement in a future state of completion).

This hotel project constitutes a landmark for the Spanish group Meliá Hotels International as it is the first hotel in France under the Innside by Meliá brand ; the Innside hotels respond to increasing demand from discerning and sophisticated city travelers, and it is the group’s fastest-growing brand in urban destinations worldwide. Under the Meliá brand, VINCI Immobilier had previously developed in 2015 the Meliá Paris La Défense (369 rooms, 4 stars), the sixth hotel of Meliá Hotels International in Paris.

Located in the western part of the Roissypole business district, in the heart of the airport and in the immediate vicinity of its terminals, this new 11,400 sqm hotel, designed by the architecture practice SCAU, will offer 267 rooms, including 12 suites decorated by Jean-Philippe Nuel. He develops the ‘lifestyle’ concept around a 430 sqm restaurant and bar area that looks out onto a south-facing landscaped terrace, a fitness and relaxation area with wide bay windows, a conference room and meeting rooms covering 900 sqm, with a sweeping view of the runways, and 65 parking spaces.

In line with its new ambition in real estate development and driven by its Connect 2020 strategic plan, Groupe ADP, creator of the ‘airport city’, is for the first time the investor in a hotel project located landside, in addition to its role as developer. Furthermore, the new hotel increases the offering of the Roissypole business district – soon to host the head office of Groupe ADP – as well as the accommodation capacity of the airport, which will reach over 3,700 rooms by 2019.

With its long experience in hotel projects, VINCI Immobilier will deliver the hotel on a turnkey basis.  The works, entrusted to VINCI Construction France, are currently getting underway for a scheduled opening in the 1st quarter of 2019. 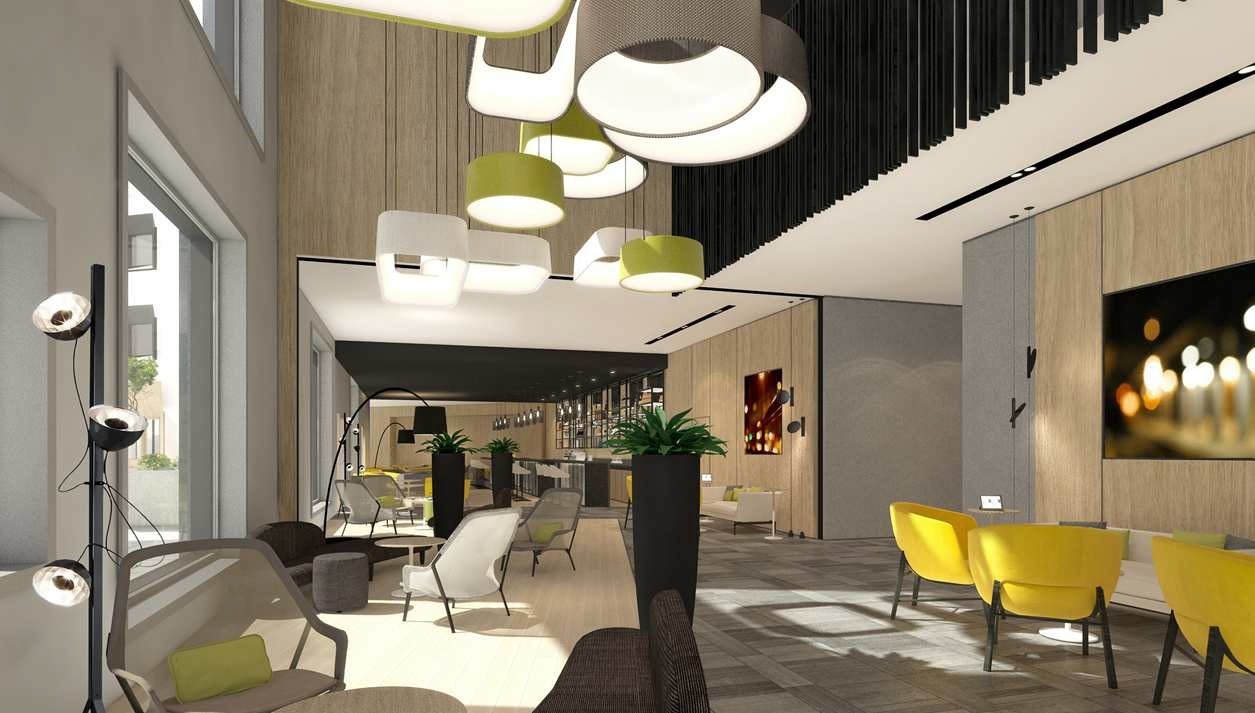